From playing church to leading it: Fifty years of ordaining Lutheran women

Some girls play house. In the 1960s, Joan* played church. She would line her friends up on the sofa, set little glasses of cranberry juice in front of them and repeat the words she heard every week: “This is my body, given for you. This is my blood, shed for you.” Her friends took the juice, and together they recited prayers and songs they were learning in Sunday school.

To play pastor, Joan dressed in her dad’s suitcoat and lowered her voice. Women couldn’t be pastors, after all, so how could she imagine a pastor who looked like her?

Today, women of all races, backgrounds and experiences lead congregations, synods and the churchwide expression of the Evangelical Lutheran Church in America. But in the early days, “there were no models except male,” says Elizabeth Platz, the first woman ordained by a Lutheran denomination in America. (Platz was ordained by the Lutheran Church in America, a predecessor body of the ELCA, in November 1970. In December of that same year, the Rev. Barbara Andrews became the first woman ordained in the American Lutheran Church, another predecessor body of the ELCA.)

“‘Am I a pastor who is a woman, or am I a woman who is a pastor?’ was a big discussion,” Platz remembers. She opted for “a pastor who is a woman,” but acknowledges that because she had already been working in campus ministry for five years, her call was relatively smooth. One day she was a chaplain at the University of Maryland; the next, behind the very same desk, she was Pastor Platz. Students and faculty quickly accepted her new role.

Others didn’t. “I had people call me the Whore of Babylon, agent of the anti-Christ, and that kind of stuff; and like all of my peers, I did encounter plenty of stupid questions,” she remembers.

Fifty years later, some of those questions (for instance, “If you marry or have children, will you resign your position?” or “Do women have the intelligence to study theology?”) have been shelved. Yet for many rostered women—especially women of color and gay or transgender women—finding calls in congregations has been and continues to be difficult.

For women of color, who typically wait three to five years for a first call, even getting an interview can be tough. In 25 years as a pastor, only once has the Rev. Teresita Valeriano, director for evangelical mission for the Sierra Pacific Synod, been called as a pastor by a congregation. “You do not match our needs” is a phrase she has heard again and again from call committees.

Today we understand that 1970 marked “the ordination of straight white women,” says the Rev. Andrea Roske-Metcalfe, associate pastor of Grace Lutheran Church, Apple Valley, Minnesota. “Everything is harder for people who are not those things,” she adds.

That means Lutheran pastors such as the Rev. Lydia Rivera Kalb and the Rev. Earlean Miller, the first women of color, who were ordained in 1979. And since the 2009 decision by the ELCA Churchwide Assembly, many LGBTQ women have been recognized fully as ordained ministers in the ELCA.

In spite of everything, women clergy have steadily broken barriers that often weren’t even articulated.

“[Today] a snapshot of rostered ministers in the ELCA would look very different from a snapshot taken 10 years ago,” says ELCA Presiding Bishop Elizabeth Eaton. Almost one-third of all the denomination’s pastors are women. These days, more of them serve as lead pastors in multi-staff congregations. With 22 women synodical bishops, four women seminary presidents, and a woman presiding bishop, “women pastors are less an exception or a curiosity,” she says.

In 1992 April Ulring Larson became the first female bishop in the ELCA. It would be 27 more years before Patricia Davenport of the Southeastern Pennsylvania Synod would become the first African-American woman elected to that office. For Davenport, this is a welcome change, but also an opportunity for reflection: “What fell on me so heavily when I was elected was that there are so many other women of color who were gifted to be able to service in this office,” she says. “Just because of the climate of the times, they were not afforded the opportunity.”

For women’s organizations, changing that climate has been a decades-long call. Years before women could be ordained, predecessors of Women of the ELCA began equipping women for the possibility. First they trained women to be committee chairs, then council presidents, then participants at synodical and national levels of church governance. Establishing scholarships at seminaries helped—and still helps—women earn the academic credentials needed for ordination.

As Linda Post Bushkofsky, executive director of Women of the ELCA, explains: “Building upon more than a century of mission leadership in the early women’s organizations of North American Lutheran denominations, many women in our immediate predecessor bodies—including Evelyn Streng and Margaret Barth Wold in the American Lutheran Church Women and Doris H. Spong in the Lutheran Church Women of the Lutheran Church in America, among others—laid the groundwork for the actions that made ordination of women possible. Their informed biblical understanding, theological discernment and strategic advocacy contributed mightily to the ordination of women and, then, to the concerted efforts leading women into all aspects of church leadership.”

Mary Streufert, ELCA director for justice for women, says that including women among ministers of word and sacrament embodies God’s vision of diversity in the world. “How the church is being led, and what we are seeing and hearing, is shaped by who is preaching and presiding,” she adds.

Diversity is a gift—but too many congregations “see it as a problem,” Valeriano says. Sexism, too, remains a problem. The seven-minute viral video, “Seriously: Women in Ministry,” from the ELCA North Carolina Synod, sheds light on many openly sexist remarks women pastors still hear in their work. In the video, male pastors read and react to actual things said to women pastors by parishioners and male pastors, including comments such as, “Do I call you ‘pastorette’?”

As a synod bishop, when Eaton met with congregations after “a less-than-happy experience with a female pastor,” often they would tell her they weren’t interested in having another woman pastor. “I never had a congregation that had had a similar less-than-happy experience with a male pastor tell me they didn’t want to interview a male candidate,” she says.

Streufert points to an ongoing, unspoken, hard-to-shake sense that women should not have public voices. This unconscious idea remains “deeply embedded in the way that popular Christianity operates, and is a history we have to struggle with,” Streufert says.

In the “Seriously” video, North Carolina synod staff report that only one of the synod’s 20 largest congregations is led by a woman. Of the top 50 earners on the roster, six are women—while 75 of the synod’s 100 rostered women are among the least-paid pastors.

Challenges such as lack of equity in salaries and positions seem to be increasing. About 45 percent of the ELCA’s 240-plus women pastors and deacons of color are compensated below synod guidelines. “Their ministry experiences are often characterized by discouragement and lack of support,” states the introduction to the 2017 report, “God’s Faithfulness on the Journey: Reflections from Rostered Women of Color.”

So are we breaking ceilings—or are they falling in on us?

Heeding the call for encouragement

In response to those lamentable statistics, real signs of encouragement and support are emerging.

In North Carolina, 40 male pastors and seminarians signed their names to a letter proclaiming that they would not interview for a new call in a congregation if that congregation refused to consider extending a call to a rostered woman.

That same solidarity is present in the Southeastern Pennsylvania Synod. Bishop Davenport says that she and fellow women bishops of color “can lift up the names and gifts of women pastors in a way that may not have been done before.”

Streufert believes the new ELCA social statement, “Faith, Sexism and Justice: A Call to Action,” can help the largest Lutheran church in the U.S. take important steps for women. “The statement dives into what we think and believe about sexism as Lutheran Christians, and what we believe shapes how we act,” she says.

As part of the churchwide Task Force for Strategic Authentic Diversity, the Rev. Tuhina Rasche is helping to figure out how the ELCA can become a church that looks more like today’s world.

“To be a woman of color, presiding at the table where Jesus welcomes all, means other women of color who see me can see themselves welcome at Jesus’ table,” she says. “Jesus is not some white-haired, blue-eyed guy but a brown-skinned, poor, Galilean, Jewish man. If we remember that, we remember whose table [this] is and who is welcome at the table.”

“Act like you belong, for you do,” one of Platz’s mentors told her soon after she was ordained. Rostered women do belong, despite a half-century of pushback and thousands of moments that can feel overwhelming.

“[Being ordained] wasn’t my action, but God’s action through the Holy Spirit,” Platz says. “I just happened to be there and [to] be the instrument, the person standing in line.”

The rostered women who have stood in line for the last 50 years have “done a good job of modeling leadership, so there is no question that women can lead in these particular offices,” Davenport says.

“Now we need to continually show up and do what God has called us to do and continue to model good leadership,” she says. “By ‘good,’ I mean Christcentered, focused on mission and vitality, willing to live fully into the theology of the cross, so we can walk with people in the margins.”

Davenport looks forward to seeing more women called to be bishops in future synodical elections. “I’d like to think it’s because people are really able to fully appreciate the gifts of women in rostered ministry,” she says.

“For sure, more of us are leaning into this and helping ELCA leadership see that it really is about the gifts of women candidates that will take us to the next level of ministry.”

*Joan’s name has been changed to protect her anonymity.

Anne Basye is a writer living in the Pacific Northwest and the author of Sustaining Simplicity: A Journal (ELCA, 2007).

This article is from the January/February 2020 issue of Gather magazine. To read more like it, subscribe to Gather. She escaped Saigon, found a home in Ohio and...

END_OF_DOCUMENT_TOKEN_TO_BE_REPLACED

by Laura J. Gifford— The funny thing about...

END_OF_DOCUMENT_TOKEN_TO_BE_REPLACED 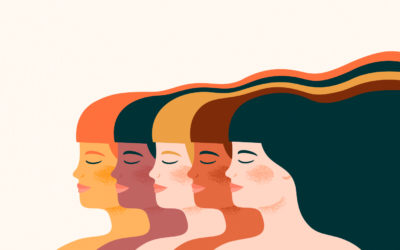