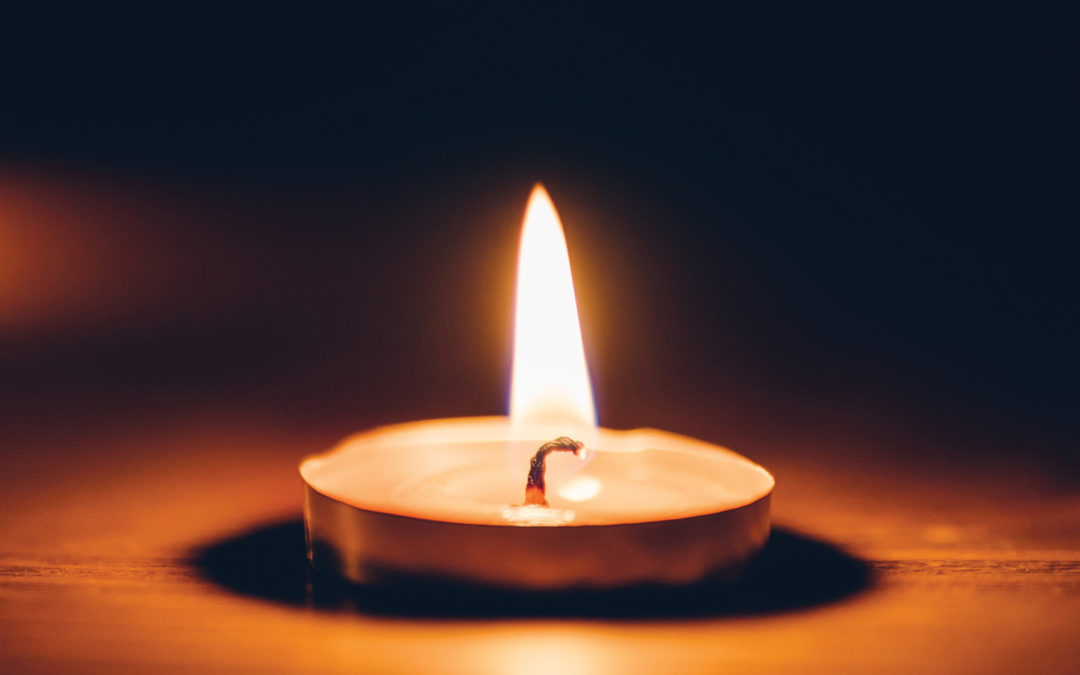 It was Sunday morning, and I was preparing to lead worship. This Sunday marked the festival of the Baptism of Our Lord, the first Sunday after Epiphany. During the service, we would be affirming the promises God makes to us in baptism. My sermon would explore the connections between Jesus’ baptism and our own, describing how our vocations—no matter what they are—grow out of our baptismal identity as beloved children of God.

Earlier that morning, I had filled baskets with small tea-light candles for the ushers to hand out after Communion. With the tea light, each worshipper would have a tangible reminder of the candle that is presented to the newly baptized with the words, “…let your light shine before others, so that they may see your good works and give glory to your Father in heaven” (Matthew 5:16). As followers of Jesus, we are called to be bearers of Christ’s light in our own daily lives, making visible God’s gifts of hope, love, mercy and care for all.

The congregation gathered, the candles at the front of the sanctuary were lit, and worship began. We sang, “This little light of mine, I’m goin’a let it shine” (Evangelical Lutheran Worship 677). Glancing toward the altar, I noticed that one of the candles struggled to remain lit. Instead of burning brightly, its flame wavered, barely visible over the top of the candle. As we sang, I watched that candle, wondering how many other people in the room were also looking at its low and flickering flame. Were they sharing my worry about whether the candle would stay lit? How many were thinking, “I feel like that”? It was January. The winter holidays, with their joys and distractions, were over, potentially followed by post-holiday letdown. It was just long enough since the beginning of the year for the “new” to be wearing off. How many New Year resolutions, made with sincere hopes and genuine intentions of sparking lifestyle changes, had already fizzled out? I knew how it felt to feel burned out and worn down by the combination of external pressures and personal expectations. I also knew how it felt to be burning the candle at both ends, trying to meet work, family and volunteer commitments without straining my spiritual, emotional and physical well-being.

Candles, whether their wicks are embedded in beeswax or suspended in oil, require care. They need shelter from drafts. Wax candles can burn dimly if their wicks are broken or crushed. Oil candles need to have their wicks trimmed to the correct height and their supply of oil replenished regularly. An oil candle may look fine from the outside even as it is running low on lamp oil, but its lack of fuel will become apparent soon enough as its flame begins to flicker and fade out. Even battery-operated candles, promoted as safe to use and easy to maintain, occasionally need new or recharged batteries.

Gazing at that struggling candle, I asked myself, “How many people seem fine on the outside, but are actually on the edge of burnout?” My mind flooded with the names of those whom I knew to be caring for aging relatives or young children—or both. I remembered those who were living with chronic illnesses, depression, anxiety or grief. I thought about students grappling with challenging material, heavy homework and difficult exams while also juggling extracurricular activities and part-time jobs. I thought about those who were feeling trapped under the weight of responsibilities that they couldn’t bring themselves to let go. As a pastor, I have often heard exhausted volunteers lament, “I don’t want to do that job any longer, but if I don’t, then who will?” I thought about those who felt overwhelmed by their lists of tasks or piles of unpaid bills.

I wondered about all the human stories that lay beyond my vantage point: those who chose to keep their pain private, those who lacked the emotional energy to seek support, and those too embarrassed to expose their weakness or vulnerability. I recognized that there are many people who fear that naming their difficulties would only make things worse, as well as people who minimize their problems because they fear becoming a burden to family, friends or coworkers. As the candle continued to burn dimly, drowning in its pool of wax, I considered the situations of those who contend with abuse, harassment or neglect. I also thought about those who struggle to remain in their vocations, despite being burned by conflict, inflamed by stress, or worn down by racism, sexism, ageism and other forms of bias. It can be nearly impossible to shine brightly under such circumstances.

“I’M GOING TO HELP YOU SHINE.”

The reader approached the lectern and began to read the first of the day’s appointed Scripture texts. The prophet Isaiah, describing God’s servant, announced, “A dimly burning wick he will not quench” (Isaiah 42:3). I smiled at the unintended connection between this Scripture reading and the altar candle. I realized that I had an instant sermon illustration. The juxtaposition of the altar candle’s dimly burning wick with our baptismal call to “let our lights shine” offered an apt metaphor for the realities and complexities of following our vocations over time. Lights that once shone brightly can flicker and burn out. That dimly burning wick was a living metaphor for many people’s experience of daily life. We desire to let our lights shine, but find ourselves struggling and smoldering, often due to circumstances beyond our control.

The Rev. Julie A. Kanarr is a frequent contributor to Gather, is the pastor of Christ Lutheran Church, Belfair, Washington, and an avid sea kayaker. LWR quilts wrap the world in...

END_OF_DOCUMENT_TOKEN_TO_BE_REPLACED

by Lisa A. Smith BEDTIME...

END_OF_DOCUMENT_TOKEN_TO_BE_REPLACED